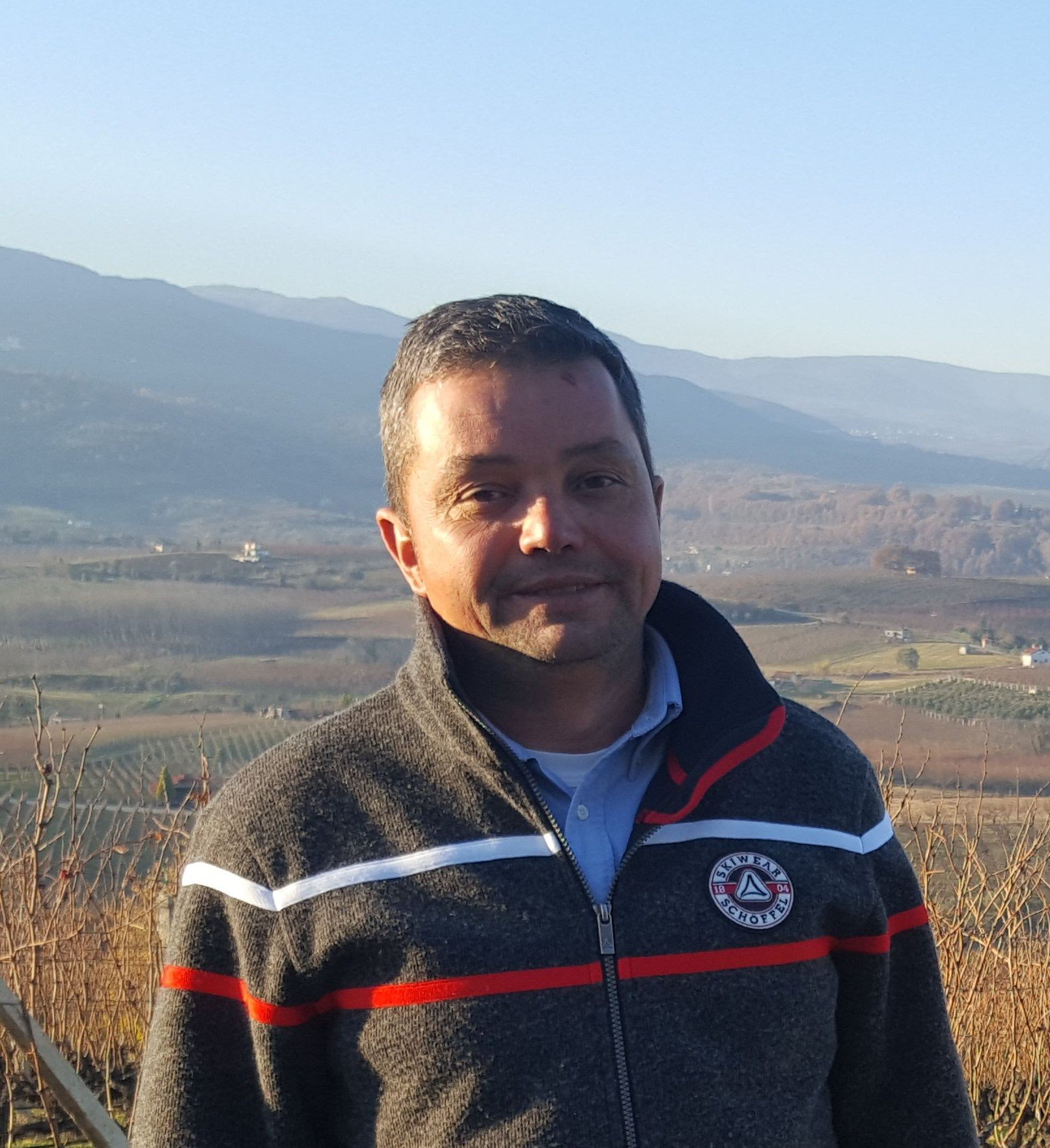 Petros Karydas has an even smaller estate: just 2.5 hectares of north-facing vines drifting over the hill top and down to overlook George Diamantakos’ vines below. Vines here too were planted in early 1980s on a chalk and clay soil. This family too originated as apple growers, but Petros’ father – an Olympic skier at Innsbruck in 1964 – began bottling in 1992. Grapes here are late-harvested, as the hill-top location delays ripening, and north winds can be strong.

The wines here spend 24 months in barrel – all French barriques, with 40% of them new. This is a very simple operation. Petros’ wines are highly sought after in Greece and abroad – especially in the USA, and our allocation is very small. But this is one of the very top estates of the region.