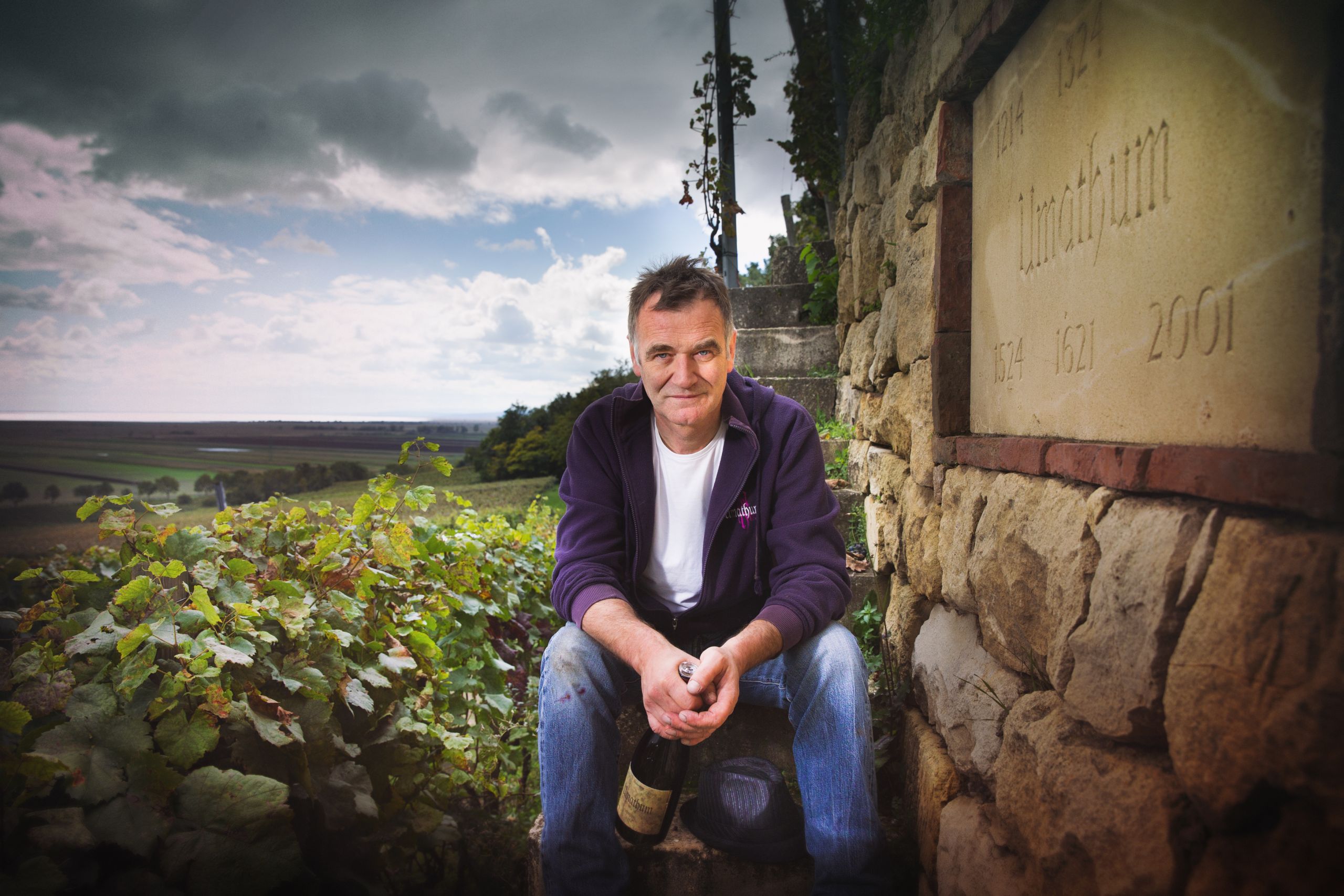 Josef Umathum’s wines joined our portfolio as part of the Second Wave in around 2002. But they should have been there earlier. On our very first visit to Vie Vinum in 1998 (Vienna’s biennial wine fair which features anyone who is anyone in wine) we sought out Josef as he was one of the only Austrian growers we HAD heard of. He’d won the Wine Magazine Wine Challenge a year or two before for one of his St Laurent wines. In those days it was the ‘Burgundy Style Trophy’ and this success had created an international reputation. But Josef already had an importer, so, correctly, he declined our request to buy some wines. But he did introduce us to a young colleague just starting out whose St Laurent wines he recommended, and we ended up buying those instead. (That producer was a young Gerhard Pittnauer.) Then a few years later Josef’s UK importer disappeared, and he recontacted us and we began working together.

He is well-known and widely admired as a senior figure throughout the Austrian wine community, and has given enormous help and support in different ways to many producers, particularly young ones just starting up. His philosophy epitomises the idea that we have far more to gain by working together than against each other. Josef is kindness personified. He’s also one of the most efficient and well-organised men I’ve ever worked with.

Josef took over a small, 15 hectare family estate in 1985. At that time, vines represented less than half of this area, and bottling was a relatively new activity for the family. With his father in the vineyards and Josef responsible in the cellar the reputation grew quickly and in 1990 they were chosen as Falstaff magazine’s Vintner of the Year. The UK Wine Magazine trophy came in 1995, and in 2000 he planted six more hectares in Jois on the north shore of Lake Neusiedl. Part of these new plantings involved recreating, in beautiful stone terracing, an historic vineyard with a history of wine production dating back to 1214.  In 2007 they became part of the Demeter Biodynamic organisation.
Today the vineyards total 33 hectares, producing 85% red wines; quite a range of different styles. We don’t buy everything, but we love his Hallebuhl – Austria’s best Zweigelt for us and his Lindenblatrigger (=Harslevelu) and his brilliant sweet wine. Oh, and his vivid, serious dry rosé too. As well as his reputation for St Laurent, it is the serious depth to Josef’s Zweigelt wines which is perhaps the most unique aspect of the estate.

Wines are all closed with Vinolok glass stoppers. (LF 4/20)

This biodynamic estate has a long-established reputation, particularly for its red wines, but increasingly also for its delicious botrytis affected sweet wines, as well as an excellent dry white from Lindenblätrigger, better known as Harslevelu. Josef combines a rigorously scientific and empirical approach to all his wine production decisions.