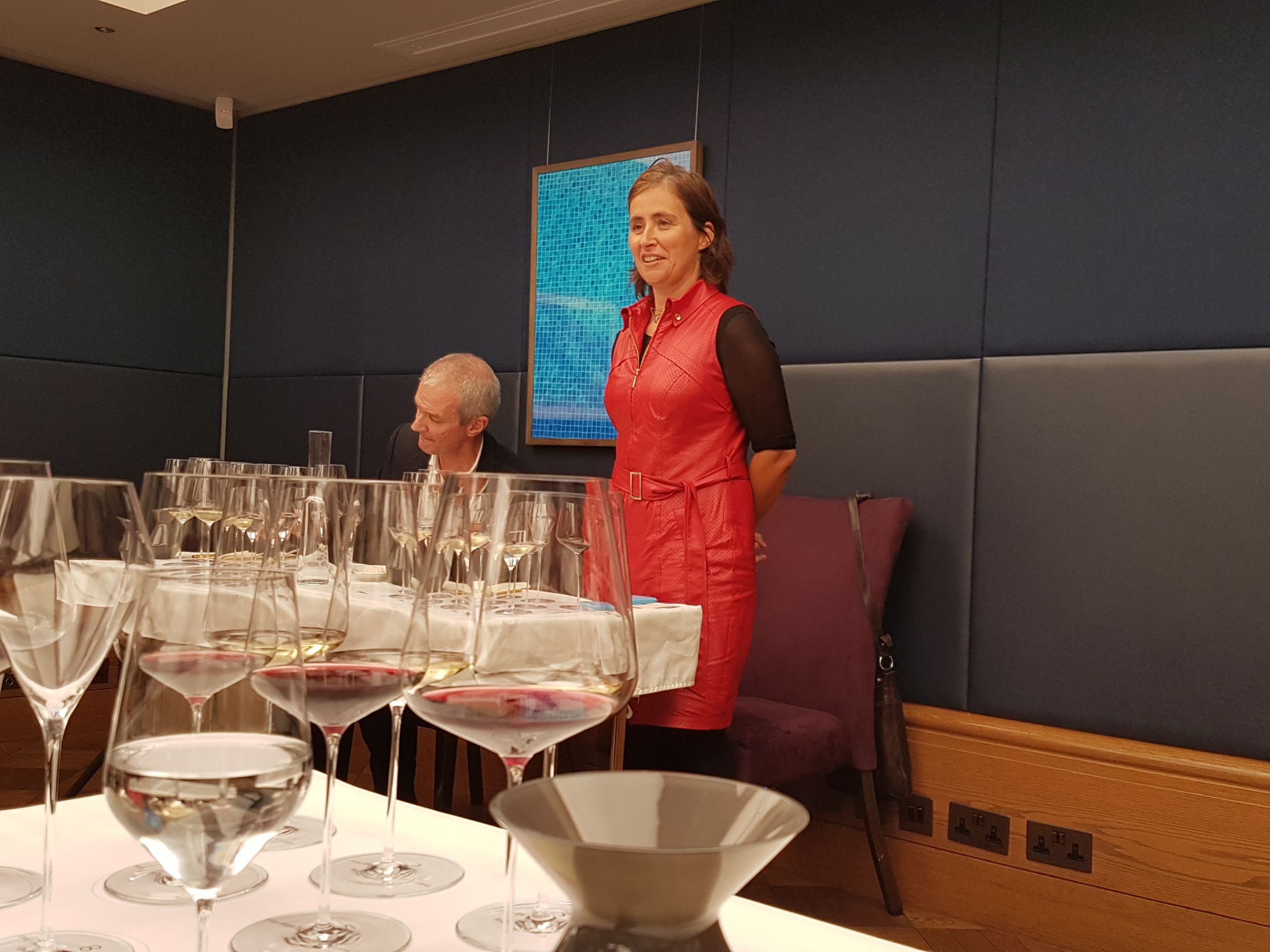 It is no surprise to find Filipa involved in wine, having been immersed from an early age, in the vinous activity of her well-known father, Luis. After her studies in chemistry, she travelled and gained wine-making experience in Bordeaux then in Argentina and Australia. When she returned to Portugal she decided, with her father’s encouragement, to set up on her own rather than join his business.

She married William, an Antwerp restaurateur, and for the early years of their marriage they commuted regularly between the two countries with their little boys in tow. But William sold “Pazzo” in 2014, and they are now firmly established all together in the heart of Bairrada, in Ois do Bairro. They have converted and renovated an old house in the village, just down the road from her parents. So they really do live over the shop. They have a huge open plan living and dining area where William cooks for the family and visitors.

Filipa has quickly established a reputation as one of the brightest and best of the new young bunch of Portuguese winemakers. Most of her wine is sold to the export market and her wines exemplify the best of Portuguese style – with great pride in their origin and a modern approach to structure and balance. Like her father, she believes enthusiastically in the local raw materials to make her wine: the Bical and Baga grape varieties in particular, but the many regions she has visited with William and an open mind have encouraged her lateral thinking about improvements to her wines. They are now fully biodynamic. The most recent development involves working with local grape growers and creating the “Dinamica” brand, which will include both their own and purchased grapes. At the moment this is limited to a red and a white, but there may well be further additions. Very little stands still for long in Filipa’s company!

The range begins with FP Branco (Bical and Arinto) and FP Dinâmica (Baga). Further up the scale is Territorio, oak matured from some of the very old Baga vines Filipa is so proud of. The top two wines are Nossa Branco (Bical) and Nossa Tinto. Both of these, we confidently assert, are amongst the very finest wines coming out of Portugal today. Finally, Filipa makes sparkling wine too. As well as her well-known rosé, this year we have a Blanc de Blancs sparkler. Dry with a great mousse, and little aromatic freshness from some grapes of the Maria Gomes variety, a distant cousin of the Muscat family.