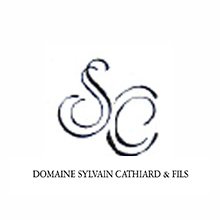 Sylvain and Odette’s son Sébastien has been fully in charge since the 2011 harvest  and his success with that difficult debut vintage has been repeated with every subsequent one. When Sylvain told me that he was handing over to his son, I commented that Sébastien would have a hard act to follow. Sylvain’s reply “Peut-être qu’il fera mieux.” has perhaps been borne out. The wines are more sought-after (and expensive) than ever, and Sébastien has a calm confidence about what he is doing . He seems to know exactly what he is aiming for.

There are changes to viticultural practices and élevage, which seem to emphasise freshness, energy and concentration. Increasingly, I feel that Sébastien is building wines to keep. There is a move towards biodynamic principles and a reduction in the amount of new oak, but an increase on the amount of time in barrel. This is a jewel of a small estate  which is now one of the very top names in this famous village.

Next year we’ll be tasting wines from a dramatically enlarged domaine. Sébastien has taken leases on some new vineyards, from a recently-retired vigneron, which he harvested for the first time in 2019. They’re mostly, but not exclusively, in the Hautes-Côtes and have added almost 4 ha to the current total of 4.6 ha. There will also be an increased quantity of Bourgogne Rouge as well as a few barrels of Gevrey Chambertin, and also a little white. Exciting! That wonderful, new, large vaulted cellar that Sylvain created 10 or more years ago will soon not be big enough! We’ll wait to see how our allocation reflects this doubling of quantity.

From January 2021 we hope to be offering our regular range of the 2019 vintage. Quantities will be very limited and we expect to allocate all of these to existing customers.