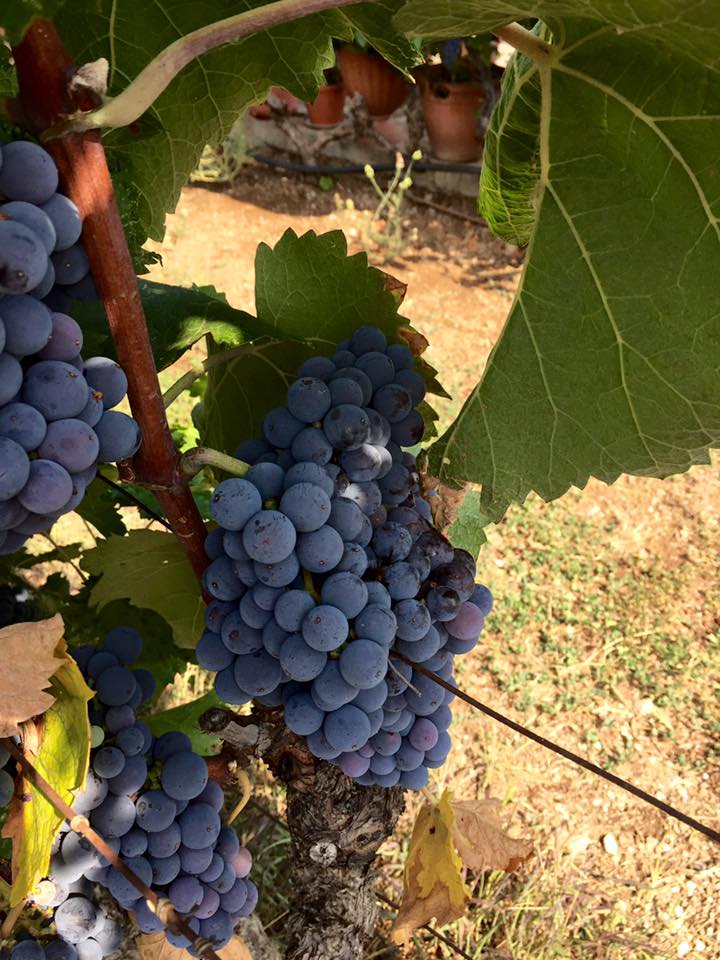 George Diamantakos is a young man who has taken over the estate’s four hectares from his father.  Stefanos Georgas first mentioned him to us as someone he thought we would enjoy working with. He was quite right. On our first visit to explore the region and choose growers to work with, we contacted George to make a tasting appointment. We made the visit and liked the wines, and then, quite unexpectedly, we found that he had invited us, and a dozen other Naoussa producers to have dinner together at our hotel. That spirit of co-operation between growers is not so common, but is enormously appreciated. He is a great ambassador for the region, generous to us on our visits, and to his other fellow producers in the town.

For Classicists, the story of the planting of the vines here is fabulous. In the mid 1970s, George’s father was a peach farmer. The region is famous for peaches as well as wine.  One day he noticed that a part of the orchard had collapsed, exposing a hollow cavity below. Investigations followed which uncovered a significant archaeological site. Eventually it was identified as the “School of Aristotle”, the location chosen by Philip of Macedon for the education of his son Alexander (the Great) by Aristotle.  It’s now a well-established ancient site, with a museum and visitors’ centre. Obviously the peach orchard had to be requisitioned, and in the new land given to George’s father he decided instead to have a go at planting vines. These were put in in 1979 and 1981. The estate comprises essentially two vineyard parcels on a well-drained limestone and soft schistous soil, rich in magnesium He began bottling his own wines in 2000 and his son George took over in 2010. The majority of the plantings are with Xinomavro, but George has put in a few vines of a rare white varietal called Preknadi.

Watch a short video of George Diamantakos in his vineyard (May 2020):

The wines spend a year in barrel, mostly French barriques, with an increasing number of 500 litre barrels. 2011 is a lovely vintage, ripe and fruity, with some savoury, tomato paste and perhaps slightly tarry notes. Tannins are firm and dry behind the wines viscosity and richness. The excellent vintages of 2012 and 2013 will eventually complete a trio of excellent vintages, which, we hope will compensate for the absence of any red wine in the very tricky 2014 vintage.

In fact the only wine produced in 2014 was a tiny quantity of white wine from a local grape called “Preknadi”, or ‘Freckle-face’ after the speckled skin of the grapes. It’s fermented in stainless steel and has a slightly viognier-like character and perfume.