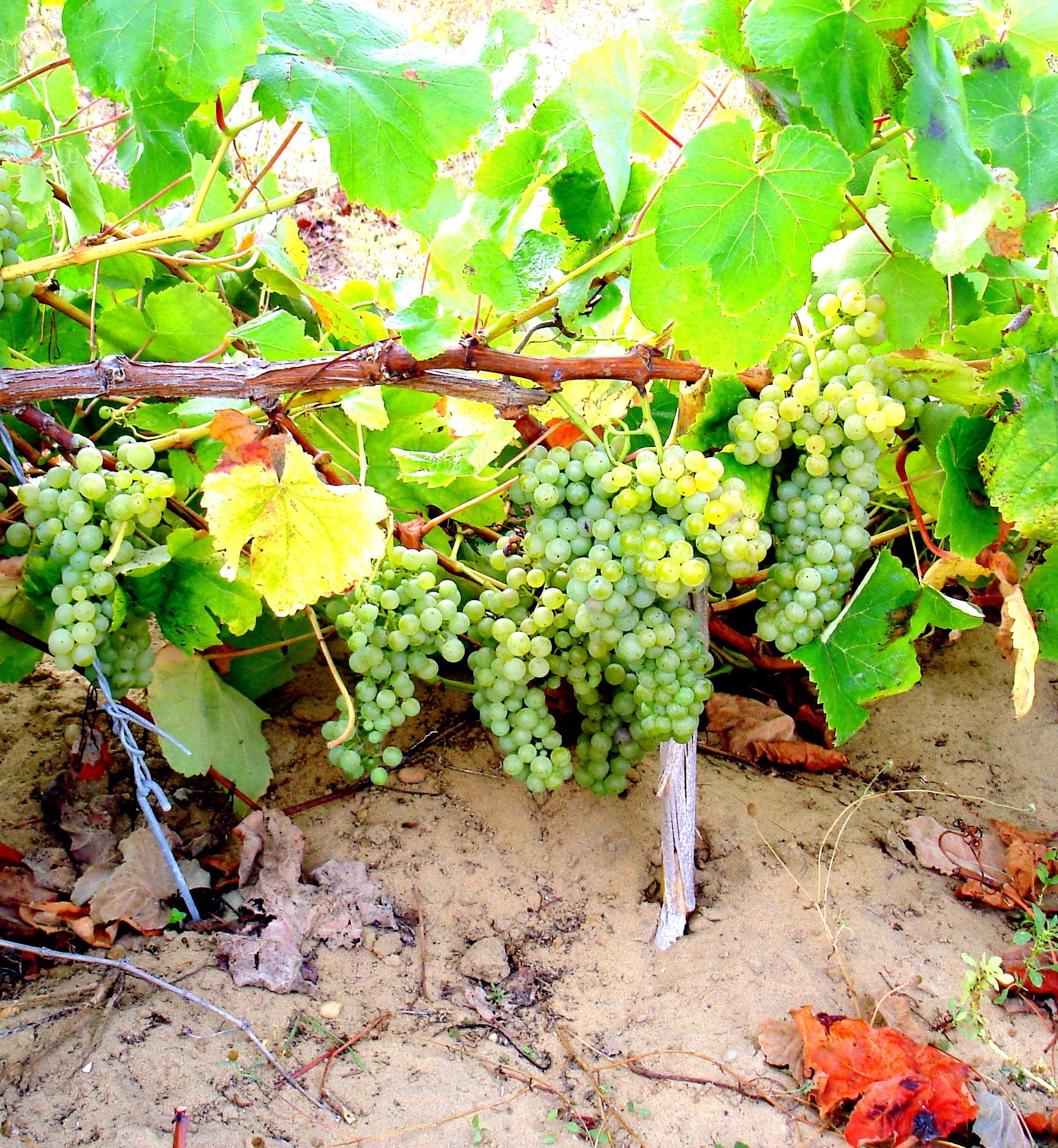 Perhaps Colares is not at the ‘cutting edge’ of all that is currently great about the Portuguese wine scene in 2020, but it is fabulous to have some of these museum-piece wines which show such an important part of Portugal’s wine-making history and heritage. Ramisco for the reds and Malvasia de Colares for the whites. The vineyard area is close to Lisbon – half an hour west of the airport – overlooking the magnificent Atlantic and its awe-inspiring surfers’ breakers. Climate here is cool, and the Atlantic winds often bring humidity and mist. So ripening is slow and late, often well into October, and there are the obvious disease pressures that a late harvest on the coast brings with it. The Ramisco is notoriously small and thick-skinned, and therefore well-suited to resisting rot. But there is something else quite unique here. The vines are planted at about 50 metres above sea level, on a sandy plateau just back from the ocean. So in a way they are on the beach, and it is the sandy soil which makes these wines so unique. No phylloxera, no need for grafting, and therefore no restriction on root penetration, meaning that the vines are propagated by layering and grow low, sprawling over the beach like triffids. This, along with wind breaks and neighbouring apple trees, also helps protect them from the salty winds. And it was this immunity from phylloxera, of course, which gave Colares its fame in the devastation of every other wine region in Portugal at the end of the 19th century.

Nowadays the adega does look like a bit of a time warp, and the offices look like something out of the 1920s. But all is not backward-looking. It is run now by oenologist, Francisco Figueredo, who has done more than anyone in the last few years to keep (or put back) Colares on the map. And now, after years of decline, there are new plantings, and the total area of the D.O.C. is now increasing again up from its dangerously low level of 10 hectares a few years ago. While Francisco is in charge, there is no danger that these wines will disappear.

The Adega Regional occupies an enormous cathedral of a building, evidence of its late 19th century glory days when everywhere else – not just in Portugal – was struggling with the effects of phylloxera. Times have certainly changed and there is a charming old-fashioned air about, as well as the vague melancholy of a place that knows it has seen more prosperous times. And yet these are classic wines, with authenticity, character and a hugely important history.

We are very excited to have the opportunity to offer these remarkable historic wines.

Colares is the westernmost wine region of continental Europe. It was demarcated in 1908 and is located between the Sintra mountain and the Atlantic around 25km north of Lisbon. Two local varieties are grown here: Ramisco for the reds and Malvasia de Colares for the whites. Both are planted near the sea in sandy soils similar to beach sand (the reason why the region survived Phylloxera, making Ramisco probably the only Vinifera grape variety never to have been grafted). The vineyards are unique in the wine world, with old vines snaking across the sand, being protected from the coastal winds coming off the Atlantic by bamboo wind shields and apple trees. Although looking wild and unkempt, these vineyards are perfectly maintained to allow the vines to fight the extremes of weather – both heat and wind.

The Adega Regional de Colares plays an important role within the Colares region, bottling 50% of the wine and working with 90% of the growers. The Malvasia is aged for 8 to 10 months in large old exotic wood (Mogno, Kambala). The wine has a waxy nose, with spices and herbal scent. The palate is dry and intense with a rich fleshy texture and long dry finish and just a touch of oxidation.

The Ramisco (dark blue skinned) is aged for 3 years in exotic wood and 1 year in 2 year old French barrique. Dark fruit flavours, tobacco and herbal notes. Structured with high acid levels the wine shows balance, delicacy and persistence. These wines are unique and come from a unique wine region. They are old-fashioned in the best sense of the word. Ramisco has a reputation for being a wine that ages gracefully and we have some old vintages (in very limited quantities) to prove it.