Adega de Moncao was founded by 25 grape growers in 1958. There are older co-operatives in the country, but few as well-adapted to making wine styles for the modern market as this one. We began working with the co-op in 2007. The area under vine has grown steadily over the past 60+ years, and now there are 1,700members who farm, between them, around 1,300 hectares. This makes the Adega de Moncao responsible for around half of all the Alvarinho grown in this region. It can reasonably claim that this part of the country is the original home of the grape and still the source of the best wines.  The other significant white grape here is Trajadura. Red grapes are still important too, but they have significantly reduced in the last 30 years, and now represent less than a half of overall plantings. Sales of reds are limited to the Portuguese market or to Portuguese communities abroad.

The demarcated area for Vinho Verde D.O.C. fills the top left hand corner of the map of Portugal. The total area is enormous, stretching down from the Spanish border in the north down even further south than the Douro river. There are numerous different grape varieties in the whole area, and various sub-regions reflect the different growing conditions. Moncao e Melgaco is the most northerly, lying right on the Spanish border. There is less of an Atlantic influence here as we are a little inland, and the summers are hotter, and drier, than further down the coast. As a result Alvarinho thrives, and the Vinhos Verdes here have a bit more weight and ripeness and a bit less acidity.  It is here that Alvarinho is most successful. (LF 4/20)

The wine “Adega de Monção” is a blend of Alvarinho and Trajadura. There is a small amount of CO2 in the wine, and it has a ripe, aromatic nose but it is bone dry on the palate and finishes very clean. The wines from this northerly sub-region are generally considered to be a little more ripe and complex than the classic Vinho Verde style. The wine is relatively and fashionably low in alcohol. 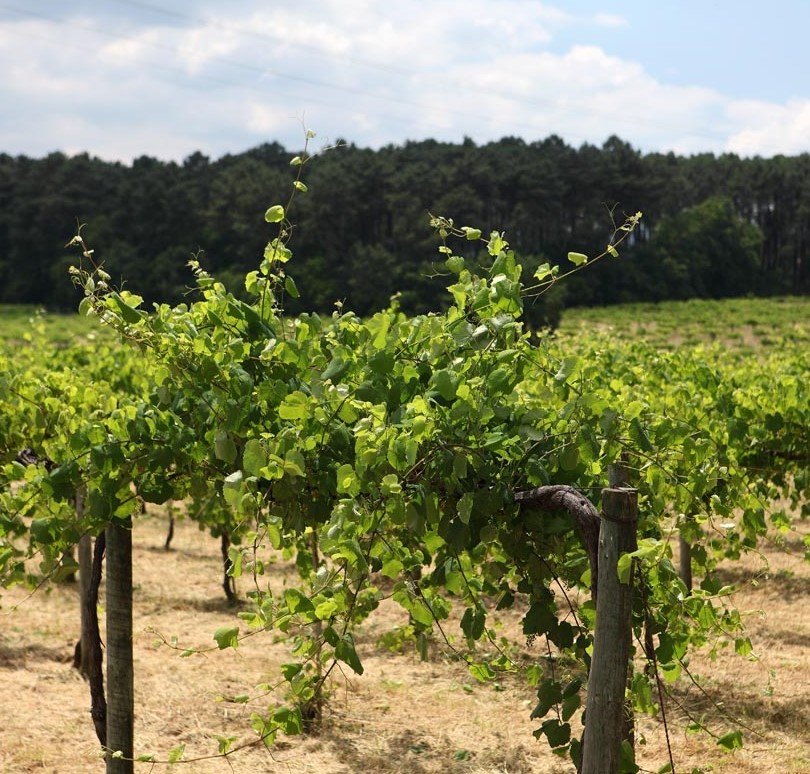